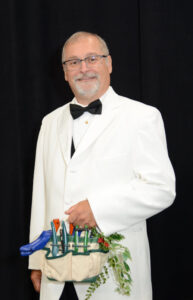 WGP SCRIPTURES: When Jesus spoke again to the people, he said, “I am the light of the world. Whoever follows me will never walk in darkness, but will have the light of life.”  John 8:12 NIV

WGP Theme: With A Song in Our Hearts

WGP Emblem:  Be enthusiastic for OES!

Stay UPDATED during the year…  What’s the Score